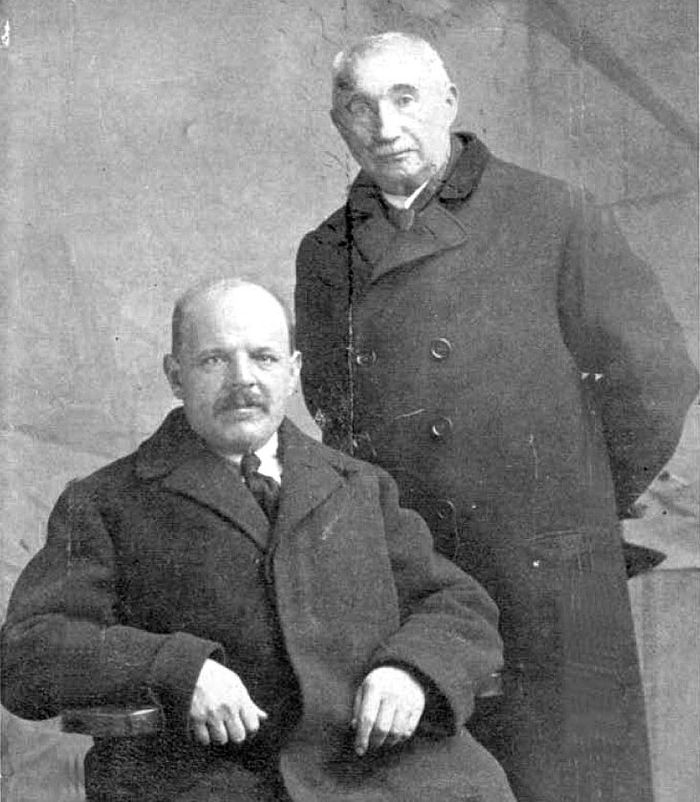 “O Sarah!” he sighed, and he would have said more, but just at that moment it began to spot with rain, and before they had time to move there came a downpour. People started to scurry in all directions, but Shmuel stood like a statue.

“Shlimm-mazel, look after the children!” commanded Sarah. Shmuel caught up two of them, Sarah another two or three, and they ran to a shelter. Doletzke began to cry afresh.

Shmuel hastily opened the handbag, and then for the first time he saw what had really happened: the bottle had broken, and the milk was flooding the bag; the rolls and bananas were soaked, and the pineapple (a damaged one to begin with) looked too nasty for words. Sarah caught sight on the bag, and was so angry, she was at a loss how to wreak vengeance on her husband. She was ashamed to scream and Scold in the presence of other people, but she went up to him, and whispered fervently into his ear, “The same to you, my good man!”

The children continued to clamor for food.

“I’ll go to the refreshment counter and buy a glass of milk and a few rolls,” said Shmuel to his wife.

“Have you actually some money left?” asked Sarah. “I thought it had all been spent on the picnic.”

“There are just five cents over.”

“Well, then go and be quick about it. The poor things are starving.”

Shmuel went to the refreshment stall, and asked the price of a glass of milk and a few rolls.

Shmuel started as if he had burnt his finger, and returned to his wife more crestfallen than ever.

“Twenty cents for a glass of milk and a roll? Are you Montefiore?” Sarah could no longer contain herself. “They’ll be the ruin of us! If you want to go for another picnic, we shall have to sell the bedding.”

The children never stopped begging for something to eat.

“But what are we to do?” asked the bewildered Shmuel.

Shmuel promptly caught up a few children, and they left the park. Sarah was quite quiet on the way home, merely remarking to her hus-band that she would settle her account with him later.

“Scold away!” answered Shmuel. “It is you who were right. I don’t know what possessed me. A picnic, indeed! You may well ask what next? A poor wretched workman like me has no business to think of anything beyond the shop.”

Sarah, when they reached home, was as good as her word. Shmuel would have liked some supper, as he always liked it, even in slack times, but there was no supper given him. He went to bed a hungry man, and all through the night he repeated in his sleep: