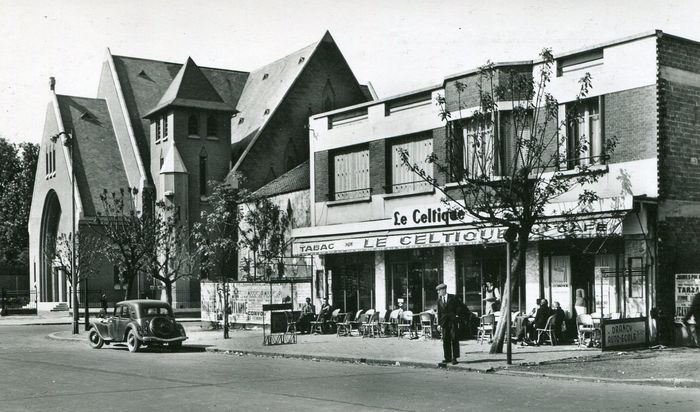 Anatole France was born at Paris in 1844 and lived there most of his life. He was par excellence a man of letters. For over forty years he has written about Paris, the ancient world and the Middle Ages, en¬dowing each novel or story with the philosophy of enlightened scep¬ticism which is his contribution to modern thought.

Among the several volumes of stories he has written, L`Etui de nacre includes some of his very best. From this is taken Our Lady’s Juggler, which is a retelling of one of the most beautiful of the French mediaeval tales.

The present’ version is translated for this collection by Barrett H. Clark, by permission of Anatole France`s English publishers, John Lane, Ltd., the Bodley Head.

In the days of King Louis there lived a poor juggler by the name of Barnabas, a native of Compiegne, who wandered from city to city performing tricks of skill and prowess.

On fair days he would lay down in the public square a worn and aged carpet, and after having attracted a group of children and idlers by certain amusing remarks which he had learned from an old juggler, and which he invariably repeated in the same fashion without altering a word, he would assume the strangest postures, and balance a pewter plate on the tip of his nose.

At first the crowd regarded him with indifference, but when, with his hands and head on the ground he threw into the air and caught with his feet six copper balls that glit¬tered in the sunlight, or when, throwing himself back until his neck touched his heels, he assumed the form of a perfect wheel and in that position juggled with twelve knives, he elicited a murmur of admi¬ration from his audience, and small coins rained on his carpet.

Still, Barnabas of Compiegne, like most of those who exist by their accomplishments, had a hard time making a living. Earning his bread by the sweat of his brow, he bore rather more than his share of those miseries we are all heir to through the fault of our Father Adam.

Besides, he was unable to work as much as he would have liked, for in order to exhibit his wonderful talents, he required—like the trees— the warmth of the sun and the heat of the day. In winter time he was no more than a tree stripped of its leaves, in fact, half-dead. The frozen earth was too hard for the juggler. Like the cicada mentioned by Marie de France, he suffered during the bad season from hunger and cold. But, since he had a simple heart, he suffered in silence.

Read More about The Pier part 1