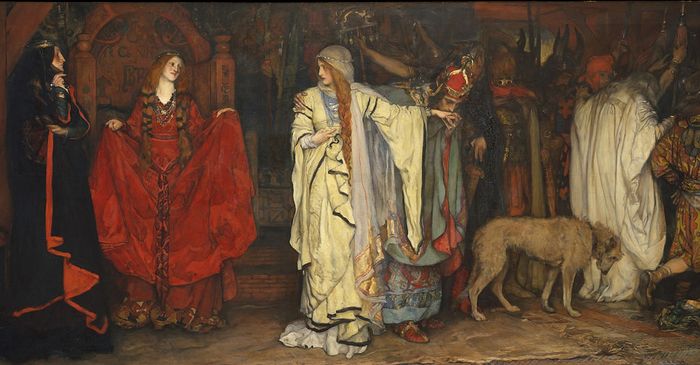 With great courtesy the Marquis acceded to this request, expressing himself at the same time concerned to witness the excessive affliction under which the unfortunate Filargiro seemed to labor. The reward was accordingly proclaimed, and the gold- soon afterwards made its appearance in the hands of one of those aged old ladies, who, being great devotees, always walk with their eyes upon the ground as they come from church. In this way she discovered the lost treasure, and fearful lest her conscience should be loaded with such a weight of gold, though extremely poor, she would have been very greatly perplexed in what way to act, had she not luckily heard the crier announcing the reward of forty crowns, which she hoped she might receive with a safe conscience.

Observing her destitute appearance, the Marquis very humanely inquired whether she had any means of procuring her subsistence, and whether she had no one to assist her. “I have nothing,” she replied, “but what I gain by the work of my hands and the help of one daughter; we weave and spin, signor, to earn as much as we want, living in the fear of the Lord in the best way we are able. My daughter, to be sure, I should wish to see married before I die, but I have nothing to give her for a portion.”

The Marquis, on hearing the poor woman`s account of herself, highly praised her integrity in thus restoring what she might so easily have reserved for herself and for a marriage-portion for her daughter; observing that it was an action of which he feared that few others, under the same temptation, would have been capable. He then summoned the merchant, informing him that the lost treasure was found, and requesting him at the same time to put into the poor woman`s hands the stated reward.

The raptures of the miser were truly amusing when he beheld and seized upon the gold, even in the presence of the Marquis; but on hearing the demand of the stipulated sum, his countenance again fell, and he began to think how he could possibly withhold the promised reward. Having numbered the pieces once or twice exactly over, though he found them perfectly correct, he turned towards the old woman, saying, “There are four-and-thirty ducats short of the sum which I put into this bag.”