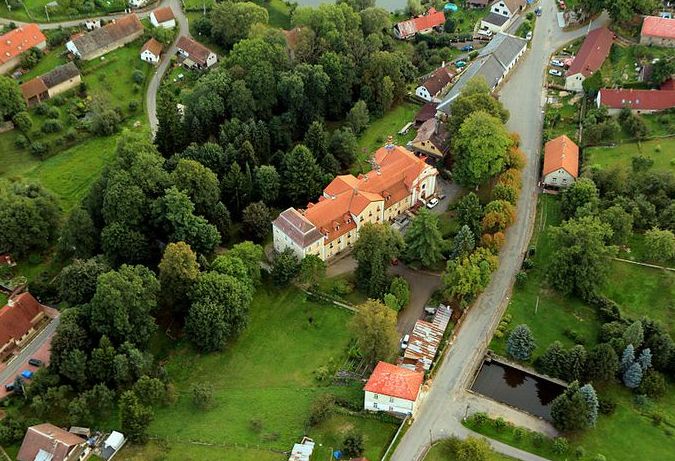 “The gate-keeper, your Grace!”

“Doubtless the man with the drum,” suggested the baron, and a light smile passed over his face.

“Go into the next room and wait for me,” said the baroness to the girl. When she had departed, the baroness turned to her husband with these words: “A charming maiden. What do you think of her?”

“I say—charming! Unusually beautiful figure, a most winsome face and withal—such modesty!”

“The statuette is threatened with a rival.”

“That your whims are, in truth, quite varied,” he answered, yawning.

The baroness indulged her whim with great energy. She immediately asked the girl if she would like to go to the city with her and, not even waiting for her answer, engaged her at once in her service, rechristened her Marietta, described in brilliant colors the position of a lady`s maid, and, at the end, made her a present of a pair of slightly worn slippers and a coquettish house cap.

Old Foltyn was fairly numbed with joyous surprise when Marianka, with the great news, returned to him. Even in his dreams he would not have thought that his daughter would be chosen by fate to become the glittering pendant to that footman of whose relationship the entire Foltyn family boasted. Instantly he forgot the incident of the drum, his gait became sturdier and his eyes glowed like a youth`s.