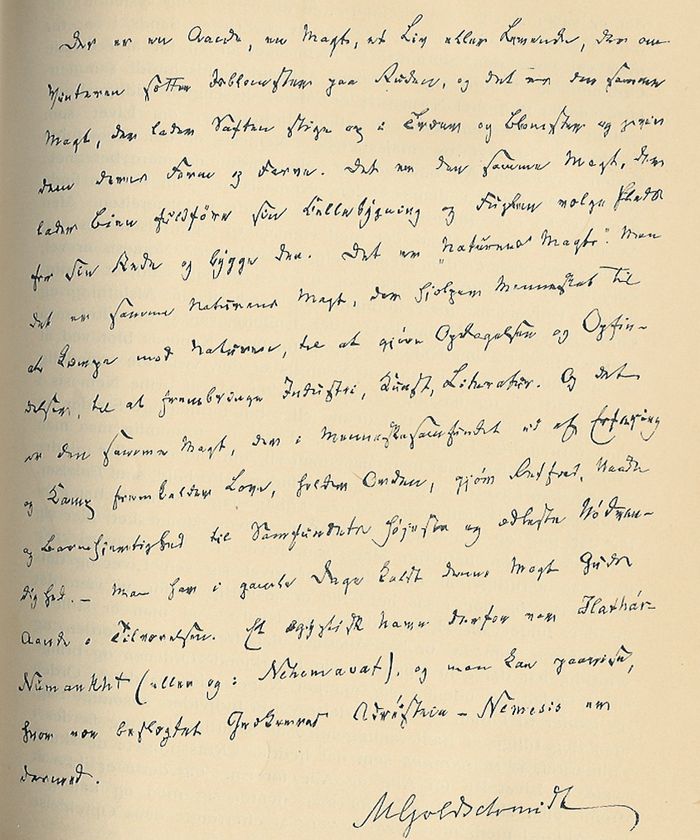 Goldschmidt was for the greater part of his life actively engaged in editorial work. As editor of a satirical and political paper he threw himself whole-heartedly into the struggle for the establishment of liberal ideas. As a writer he excelled in his novels and tales of Jewish life. He is regarded as a great stylist, and in his typical novels and short stories he shows a firm grasp of character.

Henrik and Rosalie is considered one of his finest stories. It was originally published in His Love Stories of Many Lands, in 1867. The present version is translated by Minna Wreschner. It appeared in The American Scandinavian Review, July, 1922, and is here reprinted by permission of the editor.

The fate that rules in matters of love is often singular, and its ways are inscrutable, not only in vital things but also in those of less importance, as this story will show.

Henrik Falk, student of divinity, had taken his fiancée, Rosalie Hvidbjerg, to the theater one evening to see Heiberg’s The Inseparables. The following morning, as he was seated in his cozy student quarters at Regensen, smoking his pipe, he received the following note: “I consider it best that our engagement be broken.—Rosalie.”

Henrik Falk’s surprise upon reading this message can easily be understood; he put down his pipe, dressed quickly, and hastened to his fiancée’s home. There he was told that Rosalie had gone away, but if he wished he could see her aunt. The aunt arrived but could give him no explanation, as she herself was in the dark about the whole affair.

When Rosalie had returned from the theater the previous night, she had been very quiet; but soon after she had shown signs of great inward agitation and had said that to her the unpoetic relations which existed between Malle and Klister (main characters in the play), seemed unbearable, even wrong, and that probably all or at least the greater part of engaged couples were like that, or else sooner or later would assume that indifferent attitude toward each other, in which case she preferred to remain single.

Whereupon she had written scores of letters, no doubt all to him, Henrik Falk, had again tom them up, one after the other, but had finally sent one letter to the post office. She did not go to bed, but packed her belongings and left by the morning train.