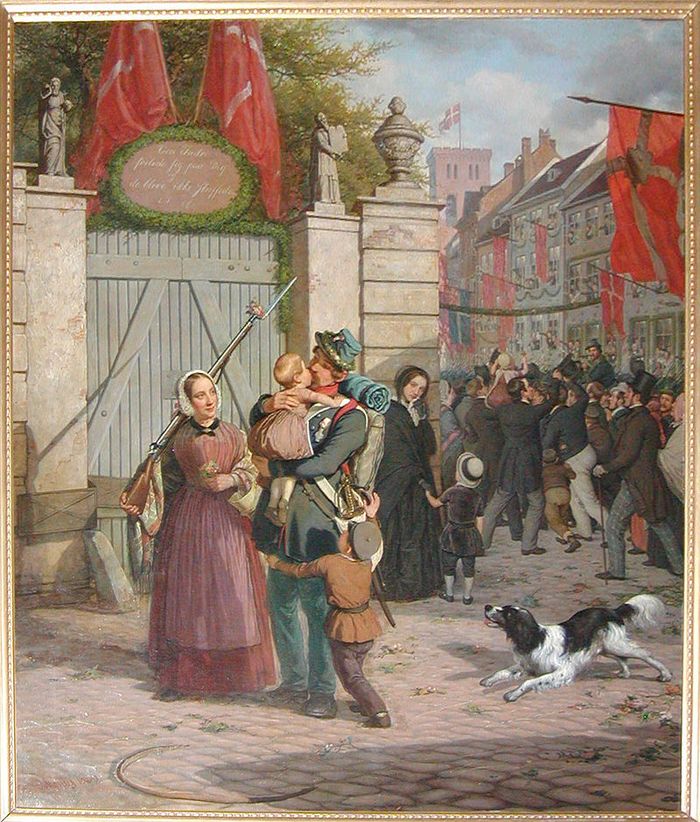 “You know,” continued Rosalie’s aunt. “I had really no control over her plans. She was here only on a visit and if she wanted to go to the— to other relatives of hers, I had no means of preventing her.”

Which relatives, which uncle and aunt—for Rosalie’s parents were dead—the lady would not tell; she said she had given her word of honor not to disclose the secret. They discussed the matter for some time, and in the course of the conversation Rosalie’s aunt asked Henrik if he was certain that he had not in any way offended the young girl, of which he assured her most emphatically.

“Oh, well,” said the aunt, “it is a difficult problem to handle such a young girl, only seventeen years of age, besides being of independent means. You know, Mr. Falk, she was really too young to become engaged. Next time you must be more cautious.”

On his way home, and for several hours after, Henrik reviewed carefully his past life. He had to admit that there had been moments when he had—not exactly regretted, but almost regretted his engagement. Not because he had found any fault whatsoever with Rosalie; in the light in which he now viewed the situation, he asked himself what it was that at times had made him less appreciative of his good fortune, in fact so ungrateful that it was now difficult for him to realize his former feeling.

When he examined his own heart, he remembered that even the previous day it had almost seemed to him as if Rosalie had been won too easily. They met at a dance shortly after he had finished college; later there was a casual meeting, a walk, a happy mood—and the word was said. He had been accepted, and fortune had bestowed upon him a happiness far greater than he had heretofore realized.

Yes, that was the trouble, he had not appreciated his good luck; in his heart there had been an apathy, a lack of force and will, a want of enthusiasm which she undoubtedly had noticed, and now she had punished him cruelly but justly. In his present mood she appeared to him in all her loveliness which for some time he had almost overlooked. He saw her before his mind’s eye more clearly than he had ever beheld her with his physical eye.