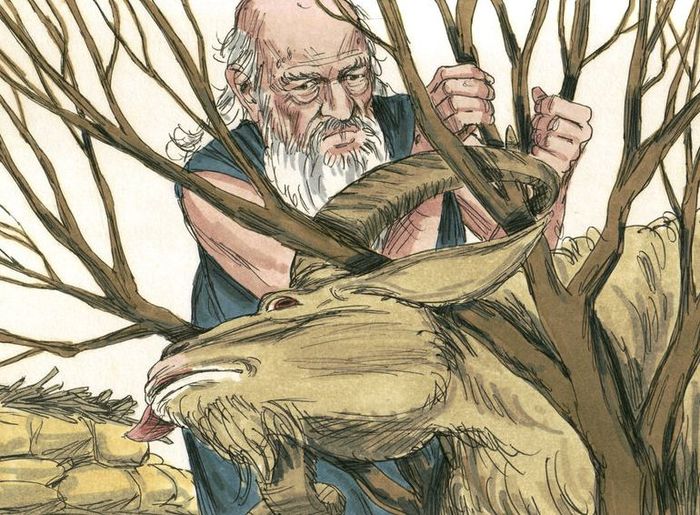 The Yiddish, or Judceo-German, dialect was employed for general -f- purposes some centuries before the beginning of what is known as Yiddish Literature. It is not until towards the end of the last century that a genuine Yiddish literature can be said to have existed. It came into being in Russia and Poland, and though, in Isaac Goldberg’s words, “it has wandered from nation to nation seeking a home,” most of the important living writers are now resident in the United States.

The impulse that produced the modem Yiddish short story was due largely to Solomon Jacob Abromovitch and Isaac Loeb Peretz. A large number of writers followed in their footsteps, and it is from among them that the later tales here included have been selected.
Whatever may be the future of Yiddish as a literary language, it is certain that the movement of the past fifty years has produced many masterpieces.

The best of the Yiddish writers are interested largely in the ideas and aspirations of their own people, whether in Europe or America. They have set consciously to work to interpret Jewish life to the Jews themselves.

Born in Poland in 1851, Peretz is, according to Isaac Goldberg, “the greatest name in Yiddish literature.” While his first work was written in Hebrew, he ultimately adopted Yiddish, the language of the masses which he wished to reach. He was one of the most highly gifted short story writers, and has exercised an incalculable influence over the Yiddish writers who followed him.

A woman’s wrath, though it is technically Russian, is essentially Jewish in character.

This story is reprinted from the volume, Yiddish Tales, translated by Helena Frank, copyright, 1912, by The Jewish Publication Society of America, by whose permission it is here used.

The small room is dingy as the poverty that clings to its walls. There is a hook fastened to the crumbling ceiling, relic of a departed hanging lamp. The old, peeling stove is girded about with a coarse sack, and leans sideways toward its gloomy neighbor, the black, empty fireplace, in which stands an inverted cooking pot with a chipped rim. Beside it lies a broken spoon, which met its fate in unequal contest with the scrapings of cold, stale porridge.

The room is choked with furniture; there is a four-post bed with tom curtains. The pillows visible through their holes have no covers.

There is a cradle, with the large, yellow head of a sleeping child; a chest with metal fittings and an open padlock—nothing very precious left in there, evidently; further, a table and three chairs (originally painted red), a cupboard, now somewhat damaged. Add to these a pail of clean water and one of dirty water, an oven rake with a shovel, and you will understand that a pin could hardly drop onto the floor. And yet the room contains him and her beside.

She, a middle-aged Jewess, sits on the chest that fills the space be-tween the bed and the cradle.