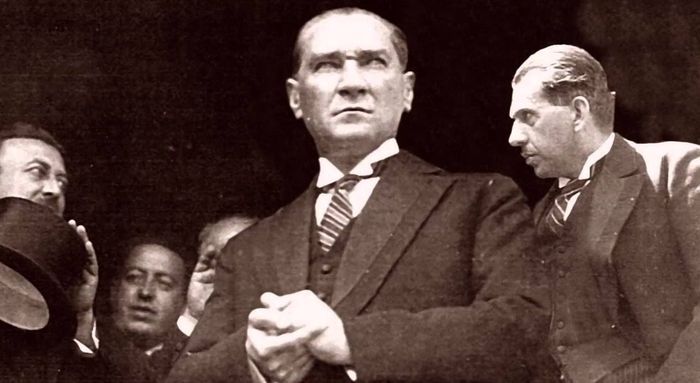 For more information about the 20th quality convention and its program.

Held since 2007, amberFestival is Turkey’s first festival of electronic an. Organized around a specific theoretical concept every year, amberFestival has as this year’s theme, Next Ecology. For more information about this festival, November 4 to 13:

Making a big splash last year when it screened the award-winning film Logorama, which captured the Oscar for Best Short Animation Film in 2010, the Istanbul Animation Festival is awaiting animated film buffs again November 22 to 27.

Another small festival that manages to attract participants from countries all over the world is the Istanbul Short Film Festival, which also includes an international competition. For more information about this festival that is welcoming short film buffs November 23 to 30:

What they have said about Ataturk

“I obtained information concerning Mustafa Kemal from someone who knows him very well. When talking with Foreign Minister Litvinov of the Union of Soviet Socialist Republics, he said that in his opinion, the most valuable and interesting statesman in all of Europe does not live in Europe today, but beyond the Bosphorus, he lives in Ankara, and that this was the President of the Turkish Republic, Gazi Mustafa Kemal Ataturk. ”

“Ataturk’s death is not only a loss for the country, but for Europe is the greatest loss, he who saved Turkey in the war and who revived a new the Turkish nation after the war. The sincere tears shed after him by all classes of people is nothing other than an appropriate manifestation to this great hero and modern Turkey’s Ata. ”

In Pursuit of a Second Life

The Naive and Sentimental Novelist, Pamuk chronicles his experience of the novels to which he has devoted his life, as both reader and writer, which he shared earlier in the Harvard University Norton Lectures where he was preceded by masters like Borges and Calvino.

The book contains some interesting observations by Pamuk, whose works have sold 11 million copies in 60 languages, on a variety of subjects from theoretical problems like fictional character, time and the texture of events to that perennial reader favorite, the relationship between the writer and his protagonists.

There is this too!

On the shelves with Umberto Eco’s and Orhan Pamuk’s books these days, Yazm Sanati (The An of Writing) is an engaging book in which Asuma Kafaoglu defines literary terms with a flair that goes beyond the usual dry dictionary style.